UEFA President Aleksander Čeferin has been in Luxembourg for the inauguration of a new air dome over a pitch at the national association's training centre - giving young players better training opportunities. 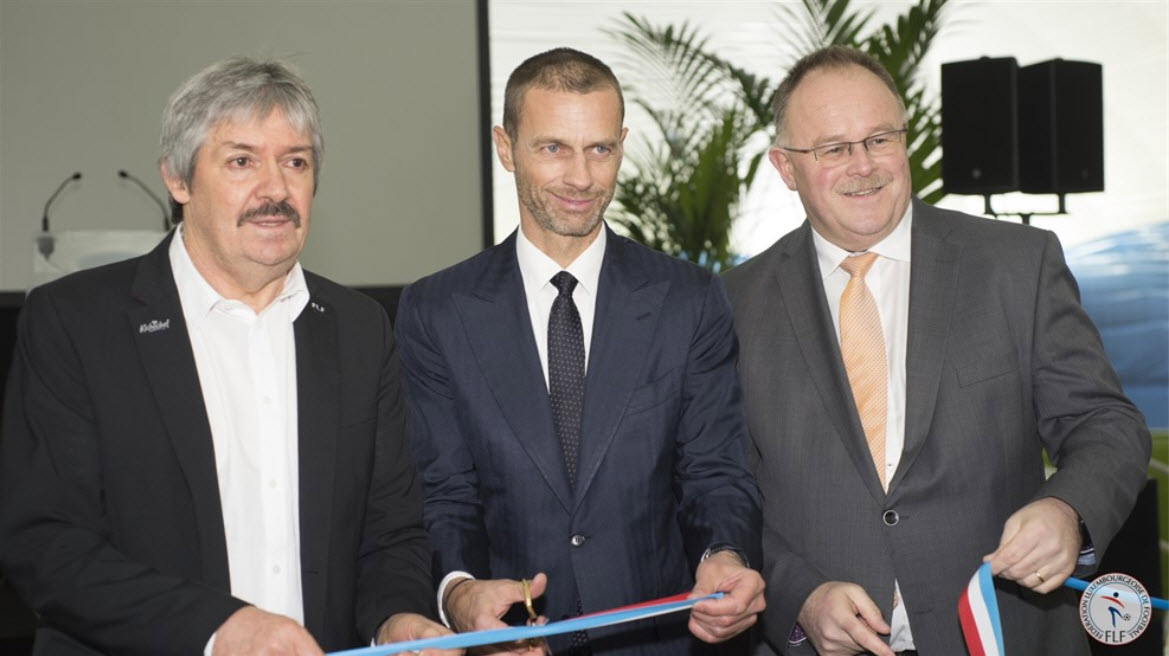