UEFA's HatTrick programme has funded the installation of an air dome over one of the pitches at the Luxembourg Football Federation's national training centre. 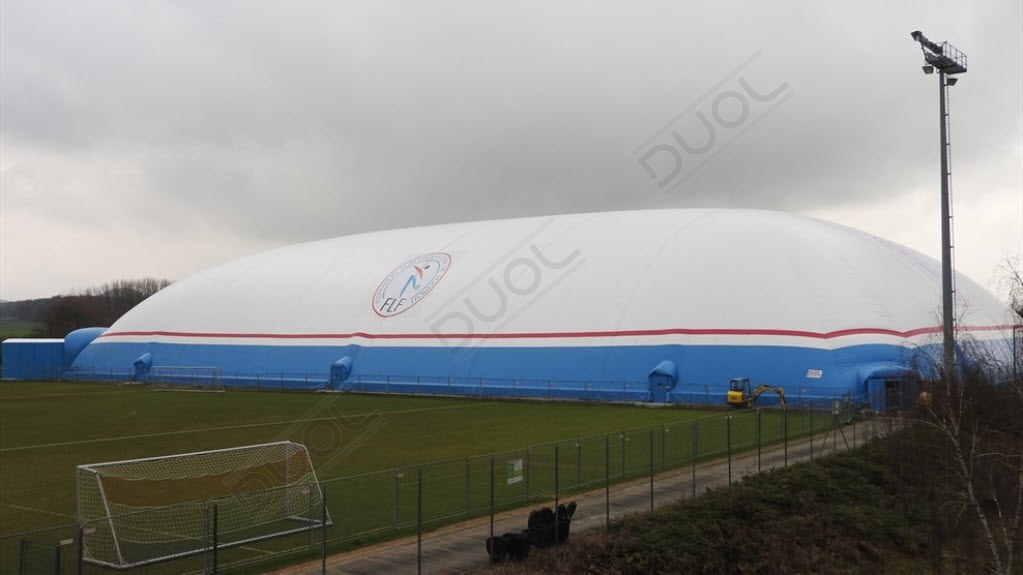 The Luxembourg Football Federation (FLF) decided in 2016 to install an air dome over one of the pitches at its national training centre, located alongside the FLF headquarters in Mondercange, in order to provide its young players with even better conditions in which to train.

The FLF went for an inflatable structure that requires no walls or columns. Made of special UV and dirt-resistant PVC, it is anchored to the ground and uses pressurised air and airlocks to maintain its form and provide players with the best possible training conditions, whatever the weather.

The FLF’s inflatable structure is 18 metres high and covers a 108 x 66-metre next-generation artificial pitch, with heating and indirect LED lighting (1,000 lux) to ensure teams can train in comfort, even when it is cold and dark outside.

The pitch, whose air-supported cover was financed entirely by the HatTrick programme and will remain in place year-round, will be operational by the end of January and officially inaugurated on 1 February, in the presence of the UEFA President, Aleksander Čeferin. 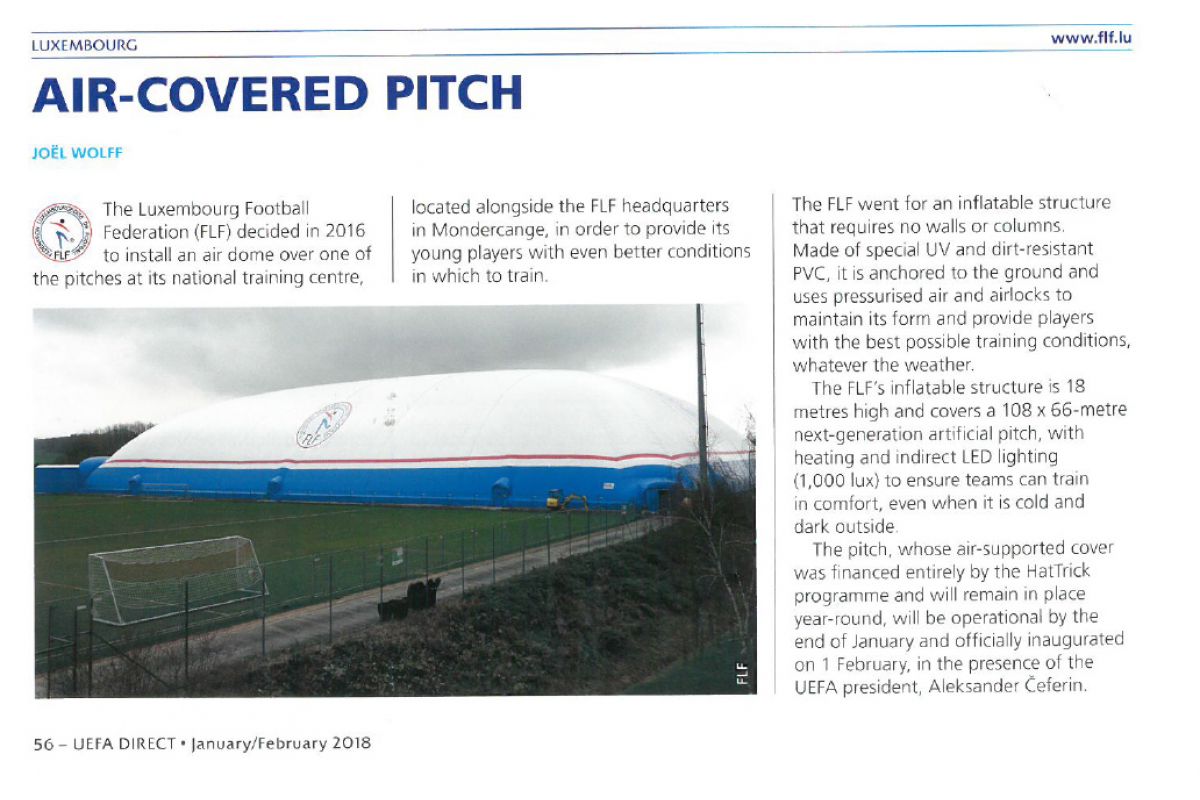 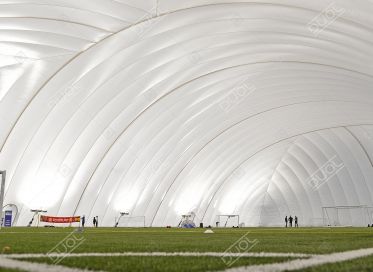 Football / soccer air domes are versatile wind and snow shelters providing a fantastic environment for football training and competitive matches. Soccer air domes can either be all year facilities or simply provide a weatherproof area to practice and play in during the winter and be taken down during the summer months by our installation team.