We set out to produce the mars habitat for space experience on the red planet as part of NASA’s international 3D Printed Habitat Challenge.

Inflatable Mars habitat:  One step closer to life on Mars

In our design, an external shell made from local Martian regolith would be built in advance by autonomous robots before exploration teams arrived to construct the interior – a series of inflatable domes containing everything for work and life on Mars.

The habitat is inflatable and on Mars would be rapidly erected by a team of small modular robots, sent by rocket to the planet ahead of humans. Underneath it would carry a larger protective shell to fend off gamma radiation from the sun, 3D printed by the same robots using materials mined from the planet’s surface.

DUOL’s vision for a settlement on Mars

Mars has been a source of fascination for humans for thousands of years, and our dreams of one-day setting foot on the red planet may soon become a reality. DUOL & The Design Museum in London have created an experience that transports you there using all your senses, where you can not only sense the smells, the light and the sand beneath your feet, but can also step inside a full-sized living space. 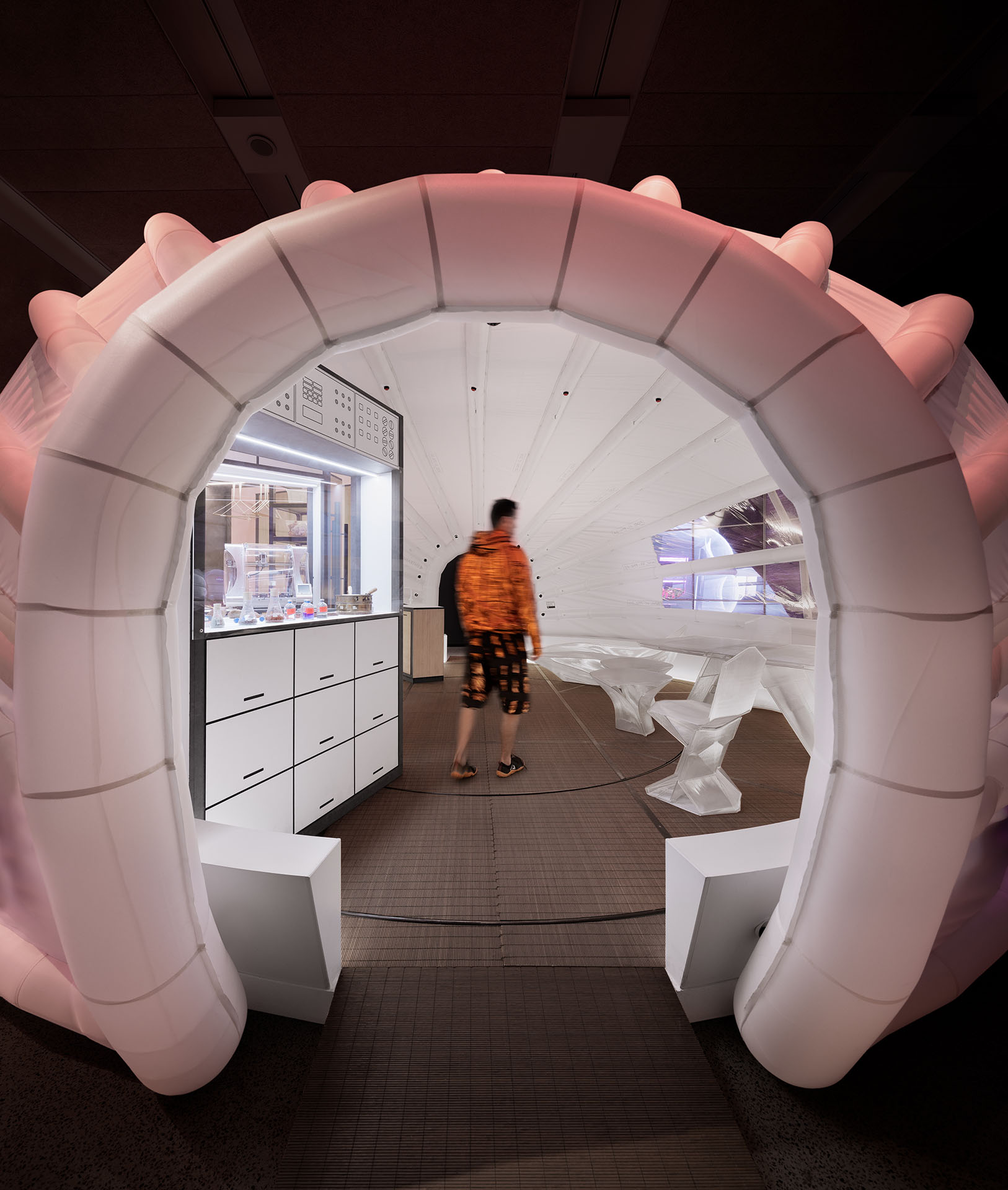 Responding to the challenge that every kilogram of equipment brought to Mars is hugely expensive to transport, DUOL innovative inflatable structures are the ideal solution.

DUOL produced the main feature of the Mars adventure – a full-scale version of a Mars Habitat. This was a fully immersive installation that allowed visitors to step into the physical habitat, which included a kitchen, dining area, science lab and digital fabrication facilities. The habitat is furnished with recycled 3D printed furniture specifically designed for the exhibition. Visitors also have a view of a CGI Martian landscape which is displayed on a video wall. The structure has been developed as a harmonious, domed, shell which makes use of every inch of space. 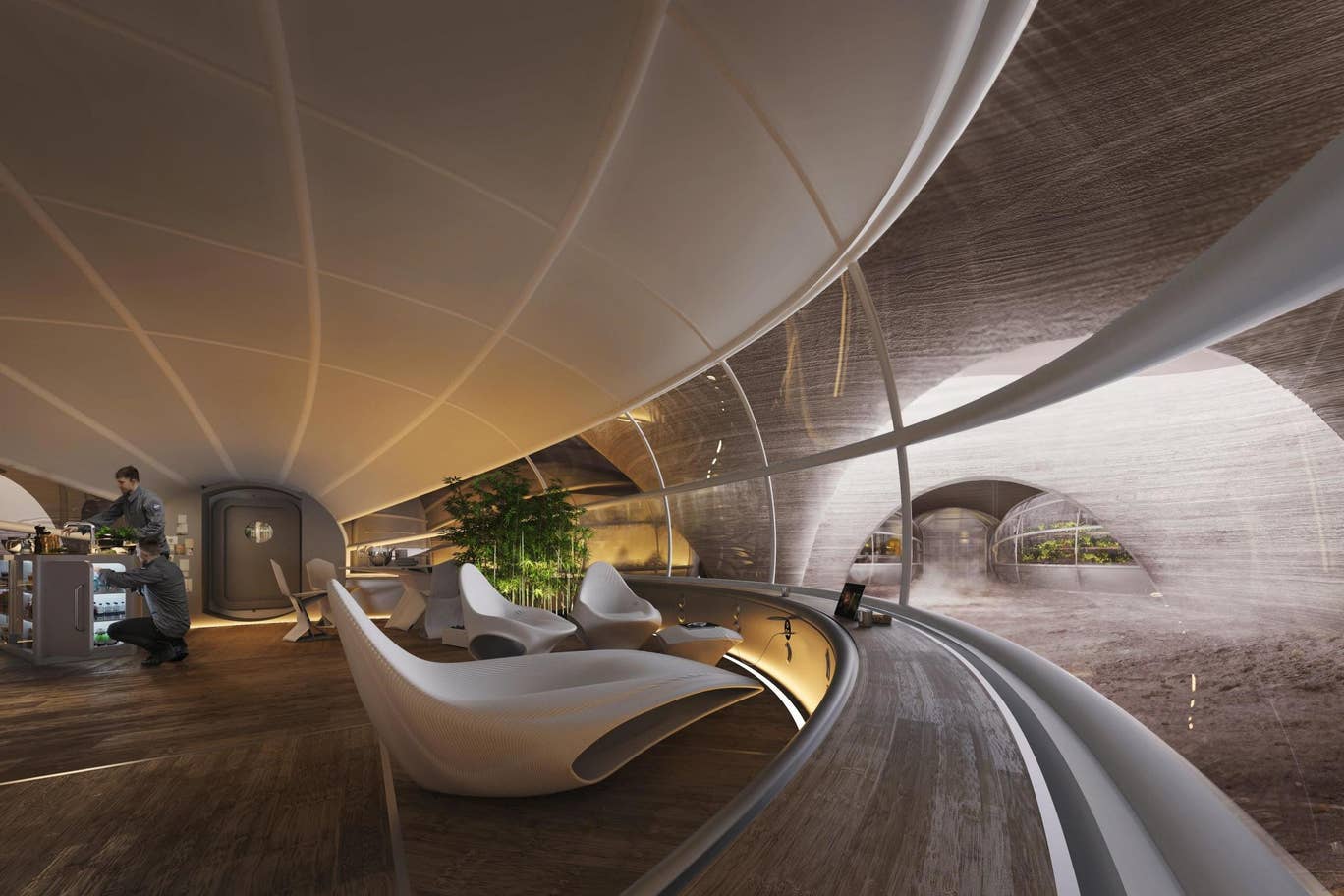 Our goal was to construct a 1:1 Analog replica of a Mars habitat. The design was conceived in the latest submission for NASA’s Centennial Challenge to design a 3D Printed Habitat on Mars.

DUOL is the global leader in the field of air-supported structures technology. Vision for space exploration came from DUOL experience. “You cannot explore space if you haven’t state-of-the-art technology and 30 years of experience in our field is enough that we can proudly say we are now ready for this challenge” stated Dušan Olaj, CEO of DUOL. 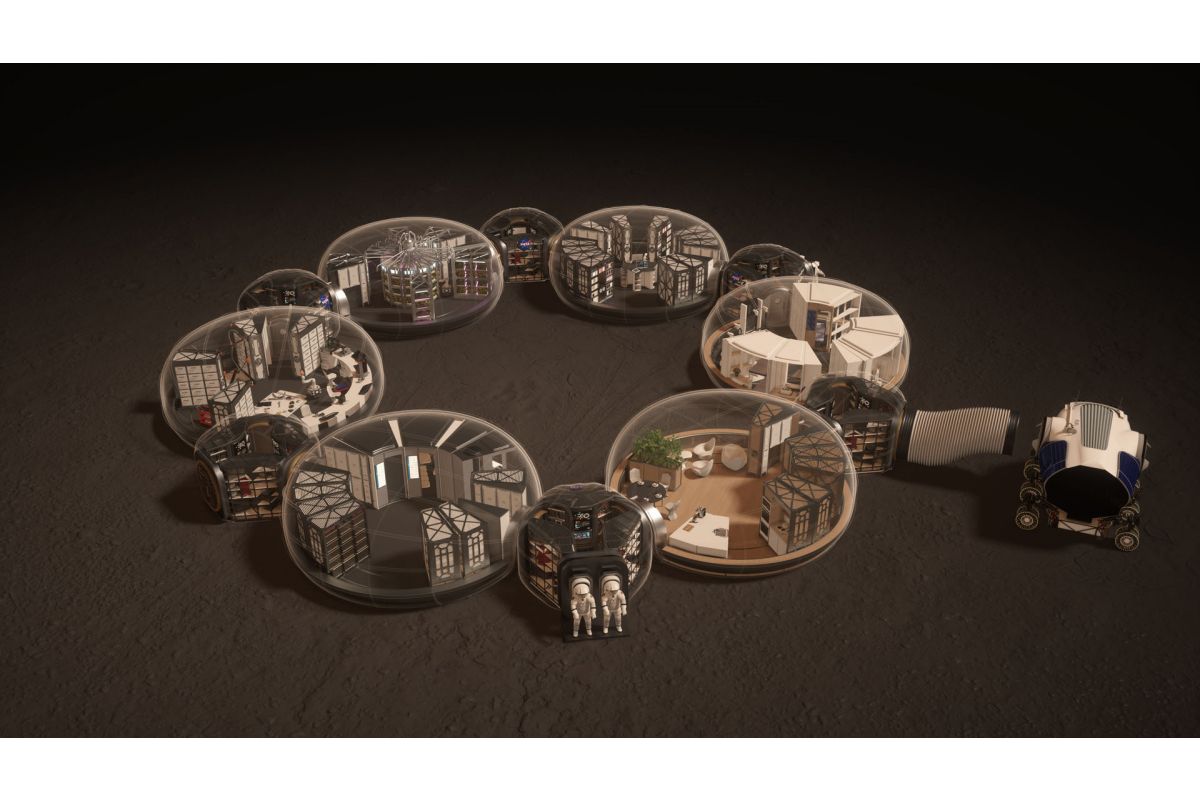 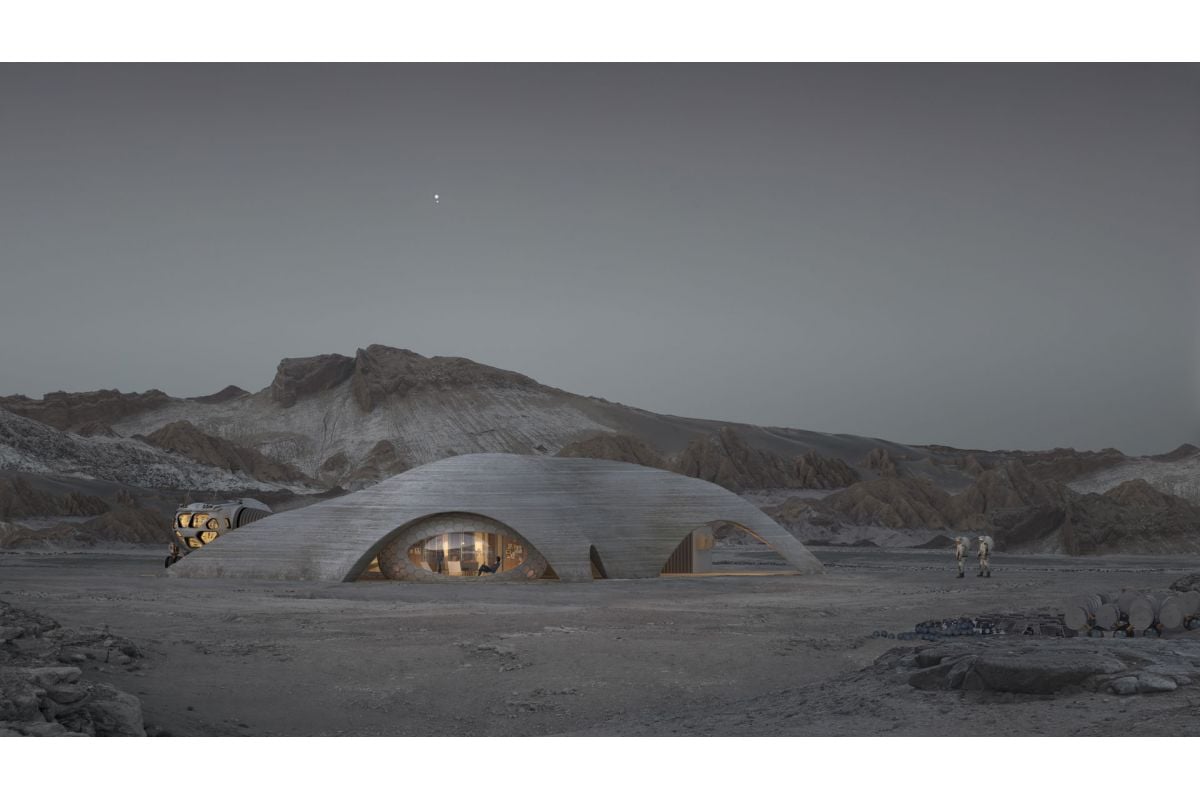 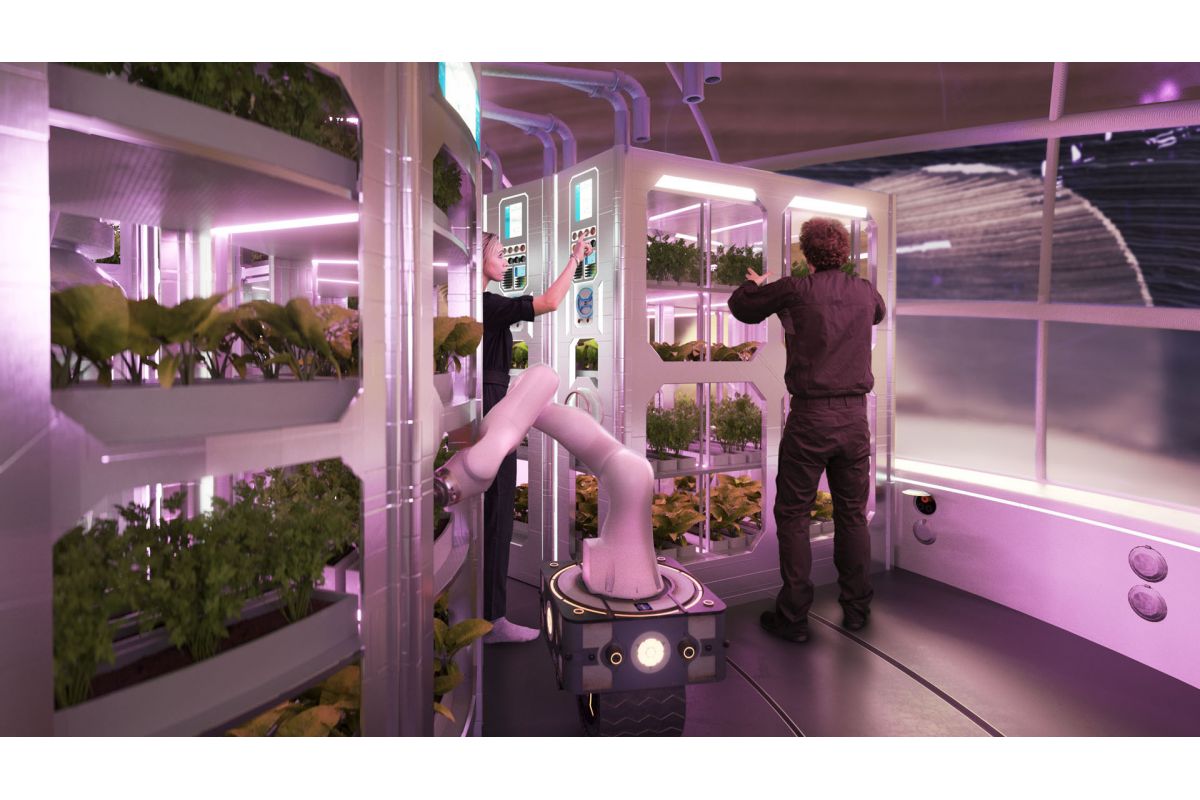 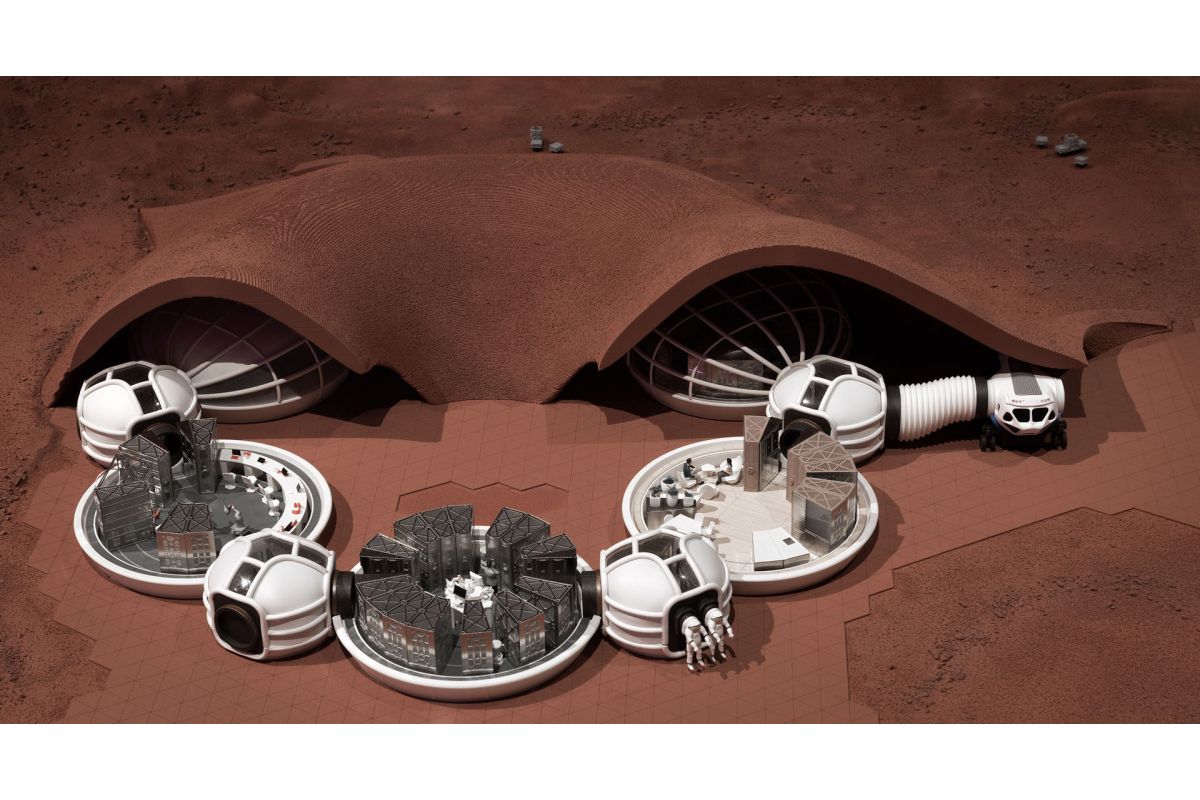 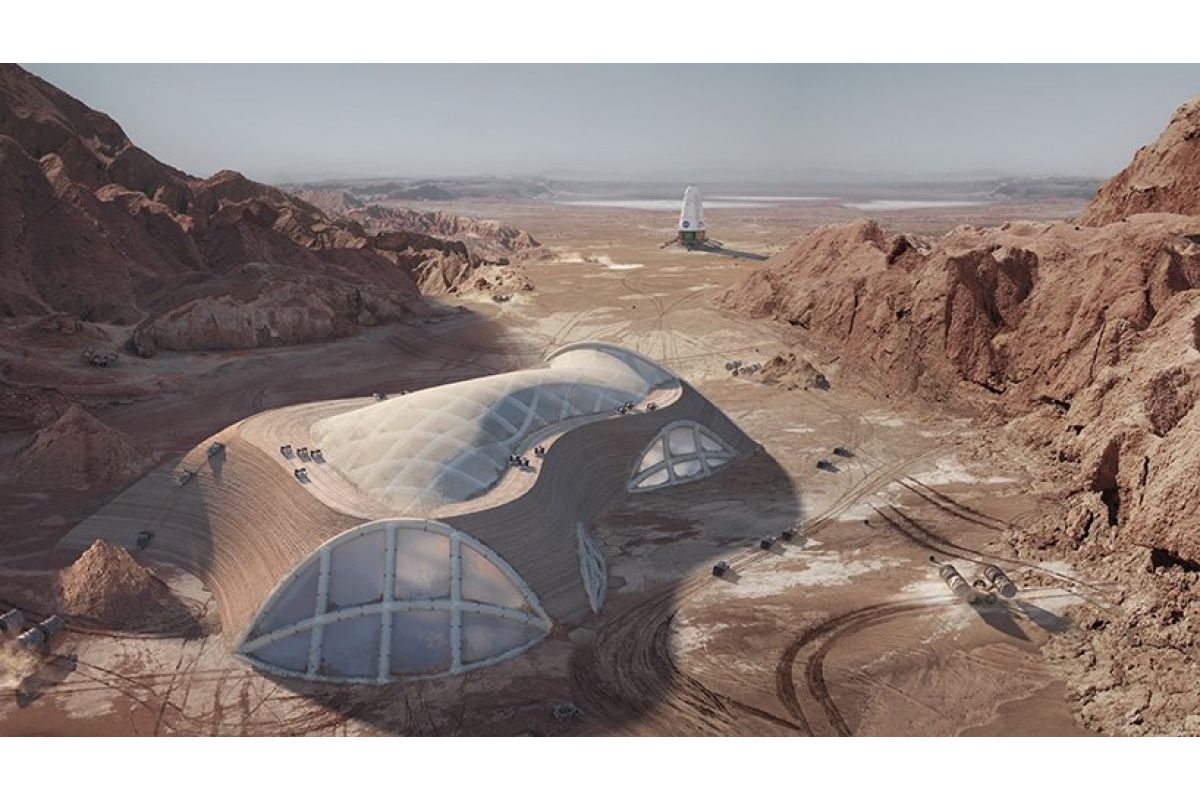