The modern tennis air dome in Grodno consists of three membrane layers, offering increased thermal insulation. This unique DUOL ECO membrane system keeps the inside temperature under control - no matter what the outside temperature is, inside the dome it will be 26°C.

The newly built tennis center has 6 tennis courts with a hard surface. The 80×38m airdome is covering 4 courts with additional segments: changing rooms, showers, toilets and a coaching & administrative offices.

In addition to the four tennis courts inside the dome, two additional outdoor courts will be installed. Everything to make sports activities as convenient and comfortable as possible at any time of the year.

In bad weather, Grodno had been constantly faced with increased demand for indoor tennis courts. The existing ones were overcrowded.

Plans for the construction of covered tennis courts began already in 2007. The site for tennis courts was chosen on Gorky Street next to the current aquatic center. In 2009 project progressed with a detailed architectural layout. But it all stopped there. Many investors were interested in the project, however it did not move further than intentions.

The installation was supervised by Ivan Duric, a technician from the company DUOL. He is in Grodno for the second time, at one time he supervised work on an indoor football arena in Pyshki. He installed similar objects in China, Australia, India, UAE, Saudi Arabia, Iran, Kazakhstan, and the Russian Federation. More than 200 in total.

On a pre-prepared site, the installation of equipment began.

Preparation works for the air dome will take a week. Before the air dome is inflated, the membrane needs to be stretched on an area of more than three thousand square meters.

The country's first three-layer air dome is finally built. The uniqueness of the object lies in the fact that the third additional layer of the membrane will keep warm in winter and keep athletes cool in summer. Also, a SmartDome system is installed here, which will allow remote control of the dome.

The Tennis center will be used by Grodno Children and Youth Sports Tennis School. According to the director of the Youth Sports School, the opening of modern tennis courts in Grodno created a good base for young athletes, from whom »rackets world championships« can grow.

In addition to training opportunities for children, the new complex will provide additional services for tennis fans and everyone who wants to »try their hands« in this sport.

During the construction of the air dome, the standards of the International Tennis Federation were observed, which will allow the organization of world-class tournaments here. 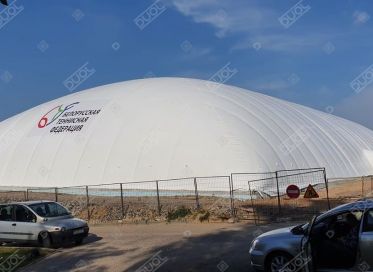 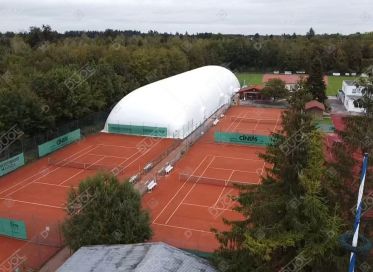 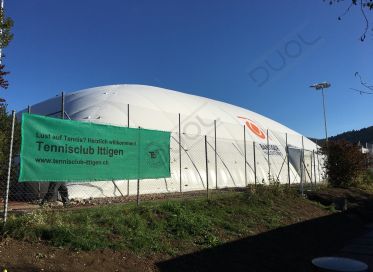 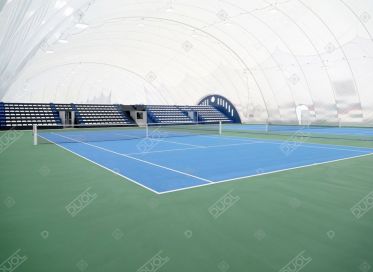 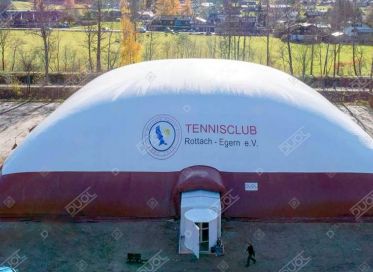 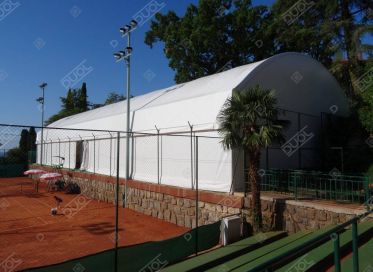 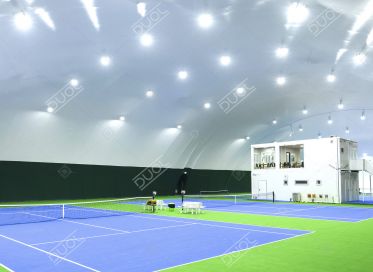 Tennis air dome / Tennis bubble is an ideal solution for the seasonal or permanent covering of one or more tennis courts. Only a few weeks from the date of the agreement until the covered tennis courts are completed and ready for use. 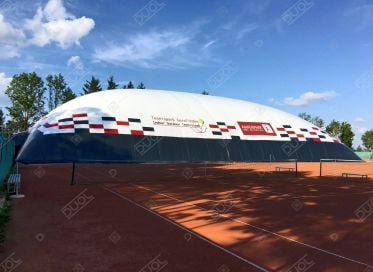 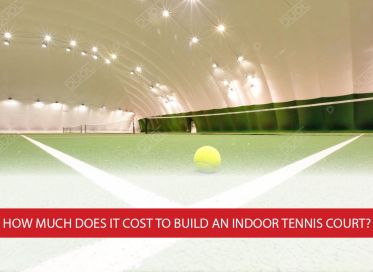 How much does it cost to build an indoor tennis court?

DUOL tennis bubble / air dome is a cost-effective and flexible means of covering tennis courts permanently or only during the winter months.
Read more

Why DUOL air domes and their benefits. Check out our new animated video. 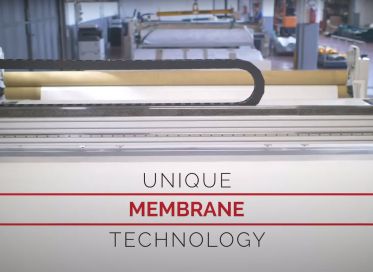 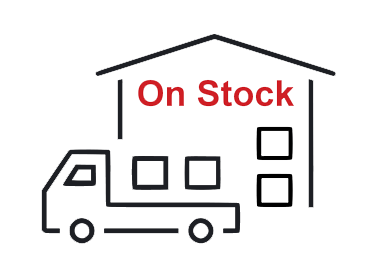